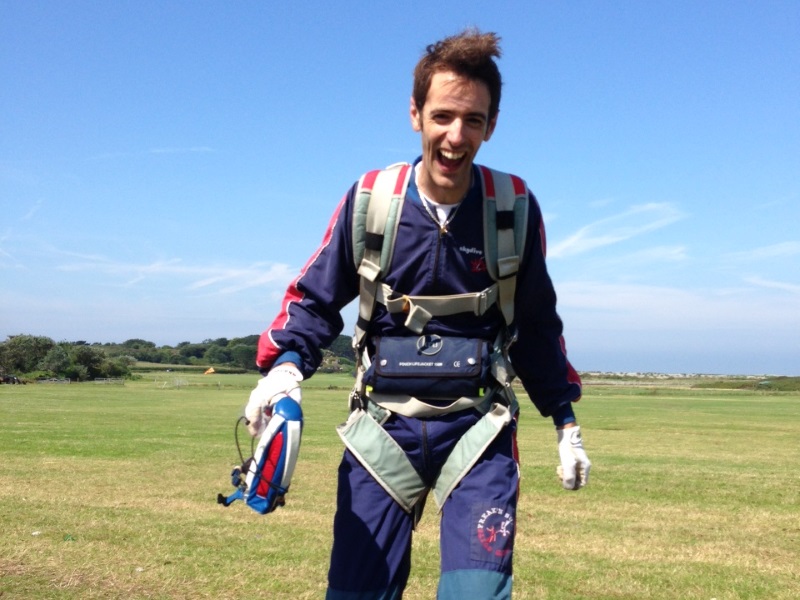 Guernsey Sands Chairman Rob Jones bravely signed up to do a sponsored skydive on Sunday 30 August 2015 in Guernsey to help raise some funds partly to contribute to the Guernsey Sands Memorial Garden revival project.

Rob’s target was to raise £3,000 and the skydive was a challenge he chose to put himself through in memory of his son Connor, who he and his wife Carrie lost through a neonatal death in 2012.

Donations can still be made to support Rob for taking on this hair raising experience and the memorial garden at www.justgiving.com/RobJonesGuernseySands.