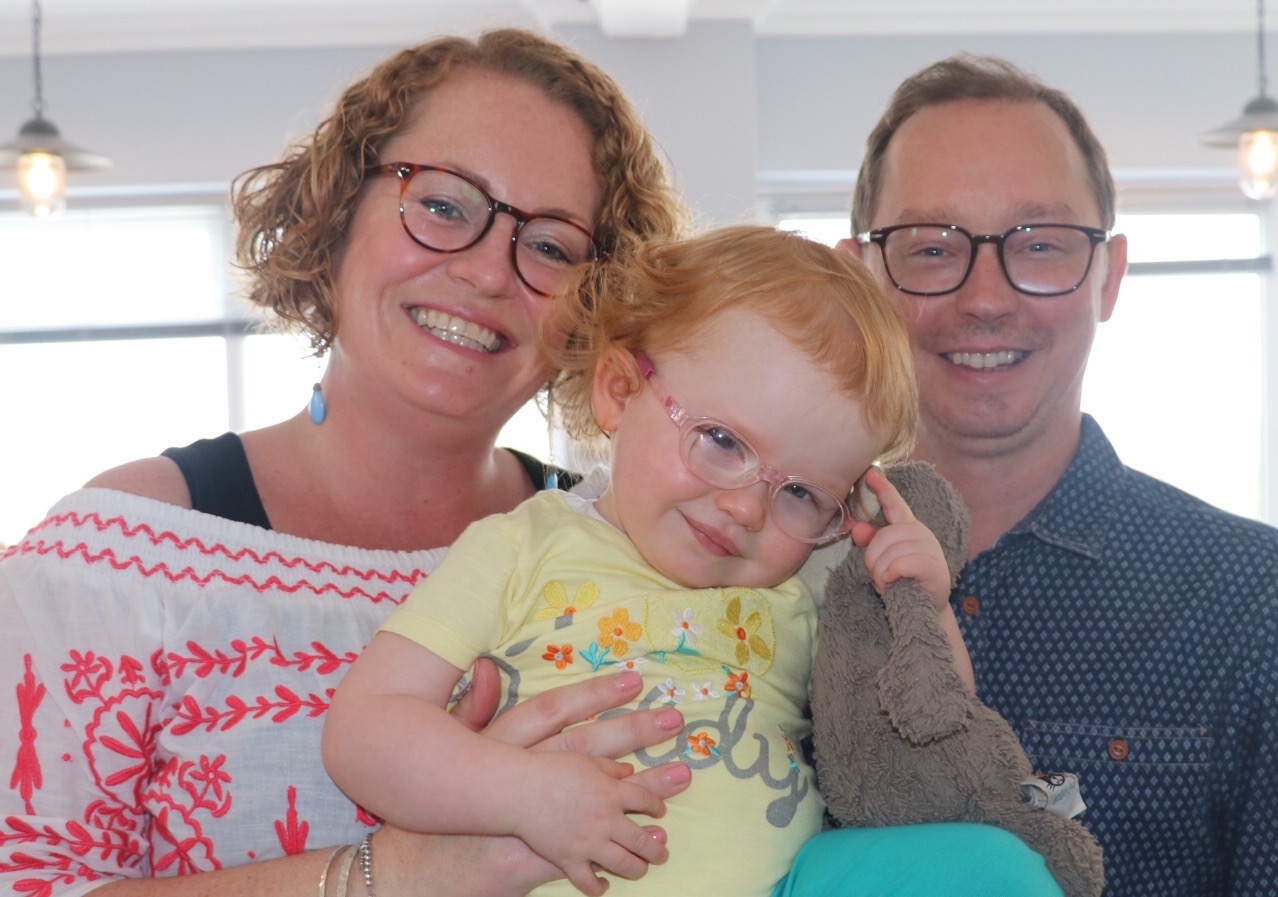 Our Communications Officer and husband, Nicole and Rik Bromley, have been nominated for the #PrideofGuernsey 2017 Parents of the Year following the stillbirth of their son.

Sandra Hooker nominated her daughter and son-in-law for the Christies Group-sponsored Parents of the Year Award with the following:

“Richard and Nicole deserve being nominated due to their strength, love and compassion.

Their initial task as parents was to arrange their first born son’s funeral. Completely broken they showed those around them how to cope. They sought support when needed but gave support back to many others – not least by becoming involved in SANDS Guernsey and Nicole continues to this day on their committee.

Their second child Edie was born two years later but with a congenital cataract which had to be operated on in Southampton. She has undergone numerous examinations and operations in Guernsey, Southampton and now London at Moorfields Eye Hospital. Each visit being immensely stressful but the three of them cheerfully get on with it.

Never out of their minds is Freddie – Nicole wrote on Father’s Day – “A daddy of two, one in his arms and the other only in his heart. Such a brave daddy who picks himself up every day to be the best daddy for Edie despite knowing he’s missing a son here on earth”.

Richard and Nicole are not grieving alone and like others are getting on with life despite all, but I do think they deserve a very public pat on the back.”

VOTE HERE if you think Nicole & Rik deserve to be crowned Parents of the Year.